Home / Current Reseach / Uncategorized / Alarming Trends of Marijuana Use Among Pregnant Women in the U.S. 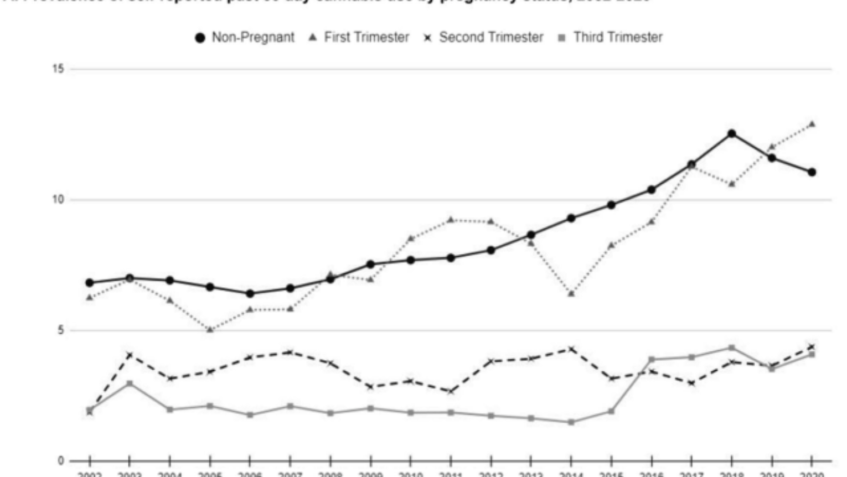 A new article in the Journal of Perinatology highlights the alarming use of marijuana among pregnant women in the U.S. From 2002 – 2020, the percentage of pregnant women who used marijuana in the first trimester increased from 6.3% to 16% and this increasing trend was also observed for marijuana use in both the second and third trimester and marijuana use without the use of alcohol. This was in contrast with alcohol use and no marijuana use among pregnant women which declined during the study period, from 8.4% to 6.4%. These numbers are likely higher as the research is based on self-reported data from the National Survey on Drug Use and Health (NSDUH). 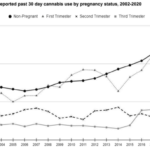 The study also looked at frequency of use among pregnant women who use marijuana and how the recent marijuana product used was obtained and found:

This frequency of use among pregnant women is startling as research has linked babies born to mothers with marijuana use disorder (addiction) at a higher risk of death within one year of birth. Studies have linked marijuana use during pregnancy with a number of adverse health effects on the developing child such as low birth weight, fetal growth restriction, preterm birth, increased NICU admission, stillbirth, and later development of problem behaviors and mental health conditions in middle childhood which is continued into adolescence and young adulthood. The outcomes are likely worse considering the potency (strength) of the marijuana products produced and consumed today are significantly higher than a decade ago.

It is critical to educate pregnant women, breastfeeding women, and women of child-bearing age about the harms associated with marijuana use during pregnancy and while breastfeeding to protect the health of our future generations. Considering almost 40% of current pregnant marijuana users obtained their marijuana from a dispensary or store, this highlights an important avenue for intervention. 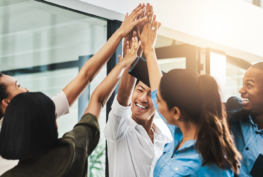 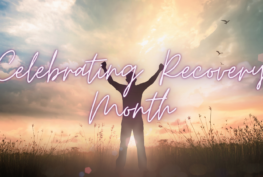 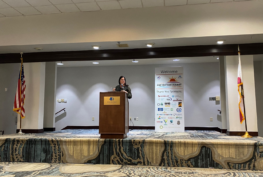 Highlights from the 10th Annual Prevention Summit in Tampa, FL