Psychosis often the effect of long-term, recreational marijuana use 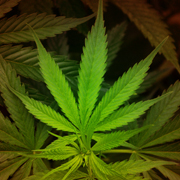 Diego was a 20-year-old college junior who was brought to the emergency room by the police. They were called by his resident advisor for bizarre behavior in the dormitory. Diego was anxious, frequently glancing around the room, and talked in a disorganized manner about the Illuminati, Freemasons and the end of the world.

A urine drug screen was positive for cannabis. When asked later during the hospitalization, his resident advisor reported Diego smoked marijuana daily, and Diego admitted to being a daily marijuana smoker since arriving at college.

Variants on the above scenario increasingly occur in emergency rooms and hospitals around the country. This has coincided with the growing use of recreational marijuana in youths and adults.

Naturally, grown marijuana has several active ingredients, or cannabinoids, which can cause significant effects when inhaled or ingested.The main active compound in recreational marijuana (Cannabis sativa) is delta-9-tetrahydrocannabinol (D-9-THC). D-9-THC binds to cannabinoid receptors in the brain and other parts of the body to produce its effects.This system has complex interactions with other neurotransmitters in the brain that have been implicated in the dysfunction associated with psychoses.

Herbal or recreational marijuana is significantly different from medicinal marijuana which, by definition of Florida statute, is low (0.8 percent or less) in D-9-THC and 10 percent or more cannabidiol (or CBD), according to Florida law. A qualified physician may prescribe medicinal marijuana for a select list of qualified disorders including cancer, epilepsy, glaucoma, PTSD, and AIDS. However, research studies indicate that D-9-THC in recreational marijuana produces, in a dose-dependent fashion (i.e., the higher the dose, the more dysfunction), short-term memory impairment and a distorted perception of time.